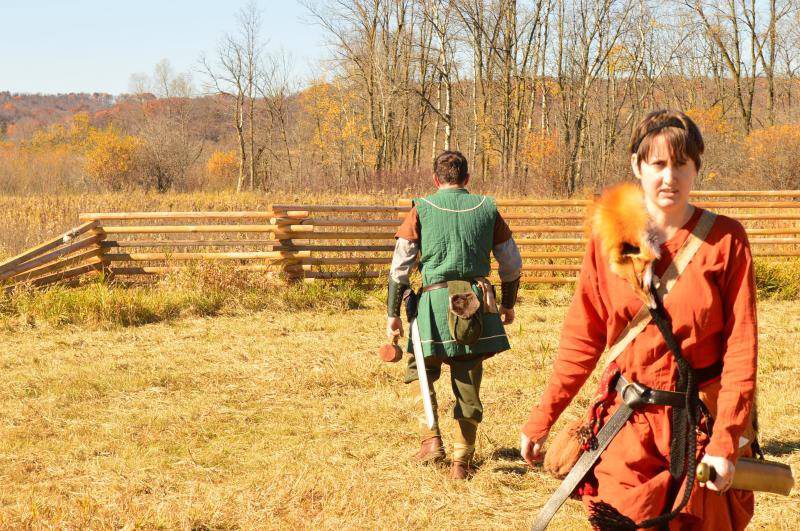 I’ve RPed online for many years. In fact, since I was in my teens. I then branched into tabletop and eventually LARP. Because of this I have nearly 2 decades of experience figuring out the consequences of actions. Time and time again in Role Play I’ve been astounded by the lack of thought people have towards reaction to the actions they take, and the indignation some people experience when a negative consequence comes as a direct response to actions they’ve taken.

That’s why I’m writing this. We’re going to discuss the choices you make, the actions you take, and the consequences that result.

My entire Role Play life has been colored by the abbreviation “ICA=ICC“. I’ve followed it for so long that I’ve lost the link to my first experience with it. It means “In Character Actions equal In Character Consequences“. To me this is the core of all Role Play. The absolute root of all fun that comes of RP and the sources of each victory and each defeat.

To explain, I’m going to draw on a situation from long ago in my RP history. In Dungeons and Dragons (3.5) I played a cleric who was a servant of Io, the nine-fold dragon. In accordance she would only defend herself from even the most evil of Dragonkind, and only fight them when attacked and forced to. The choices I made for my character translated into more than one situation in which she walked openly into an evil dragon’s den to treat with the creature prior to what would become combat situations.

In all three instances with Dragons in her time as my character she nearly died. But my character was made better by having her stick to her convictions. If she had died in any of those fights the irony would have been painful, but it would have been the correct in character consequence for the actions she’d taken if her friends hadn’t realized the cleric walking straight up to the dragon and telling it that it must leave this place and stop harassing villagers was the ultimate distraction for them to set up during.

To provide yet another example I’m going to talk about another Dungeons and Dragons situation, this one more recent and from 4th edition. I was DMing, rather than playing. I presented a group with a warehouse that they had entered from the sewers while chasing down a villainous gang. Several members of the party engaged in looting while exploring the warehouse. Eventually, they found the manager’s office and ended up slaying the werewolf who ran the place. That werewolf was the son of the local duke, and a lord in his own right.

They ended up in a kangaroo court run by the duke whose son they had killed. They did manage to argue well, and instead of winding up on death row (where I would have had an “escape from prison” adventure for them to follow up the court as I had originally planned) they argued their case so well that as I tracked the points and marked down there jury opinions, I realized that it was a complete split. So instead as a DM I declared them outcast from the country, and forbidden from ever going home again. Which it a pretty big deal when all but one member of the party was a citizen of the country.

And finally, we’re going to reach my LARP career, and a situation that arose during a Last Hope game. My character, Reyna, was at Onsallas Outpost and a man named Shepard Bannica Yulerude asked her to train him in the ways of the Ulven witch. She said she wasn’t sure it was possible, and turned him away because he was both male and not Ulven. He went forth, and met with an evil Red-eyed Syndar in the Dirge Swamp. Several months later she was directly involved in an attempt to slay him. Now he stands as one of her mortal enemies, who has corrupted a cousin of hers and is a terrible danger to her home and everyone she loves.

If Reyna had chosen to train Bannica would he have stayed on the side of good? We shall never know, because Reyna made a choice, and that choice had consequences that I have yet to figure out the true extent of. I look forward to continuing to explore the story as it unfolds and find out exactly how far the ripples from that singular choice will reach.

Those three stories all provide good examples of ICA=ICC. When your character makes a choice you will reap the results of that choice every time if you’re working with DMs, Storytellers, and Game-runners who actually care about keeping an element of realism to the story. Every choice you make has the potential to either reach out and improve your character’s place, or spiral inward and bring some dire consequence down on your head.

You, as the player, consent to the results of your character choices implicitly when you have your character take an action. This is the most important thing you need to understand. The world doesn’t need your permission to judge you or view you however they want. You can’t control their characters or the world at large.

Even if you wrote your character to be a hero you cannot possibly make that reputation stick in the game world unless you act like a hero. If you kill indiscriminately, make threats, betray allies, and steal from the innocent you will be a villain in game. Your consent was implicit when you killed, threatened, betrayed and stole.

Own your character’s choices, embrace the person you’re playing. If you understand your character, and make that character’s choices, who they are will come through and be what people see. In the picture above you see the results of a shouting match between Reyna and her cousin Stanrick. We chose to have that situation because there was a hanging tension between the characters. And if there’s one thing blood Longfangs do well, it’s yell. Now that the issues between them have been aired out the relationship has smoothed out and an old closeness, from before Reyna had left to travel and learn her path, has returned.

And therein lies the crux of it. If you don’t like what’s happening to your character you simply need to examine the situation and figure out if you can find a situation to improve the matter. Sure, the past has weight, but the future is infinite and has room for things to grow and change. Just remember that the past will always be there. If you have committed evil it will take more than one moment of time to prove to the world that you had just experienced something deeper than an anomaly.